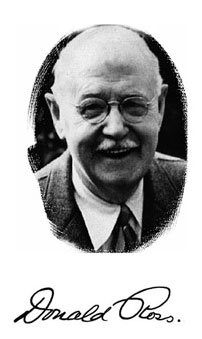 The grounds of Columbus Country Club were first developed by Orlando A. Miller in 1903 as a horseman’s club with bridle paths throughout the estate. It wasn't long before the land eventually gave way to the sport of golf. Over the years, some of golf’s greatest architects have laid hands on Columbus Country Club. Originally designed by Tom Bendelow in 1903, the golf course at Columbus Country Club has seen the likes of HS Colt, course designer of Pine Valley, Dick Wilson, designer of Bay Hill in Florida, and Geoffrey Cornish of Olympia Hills’ fame. But it was Donald Ross who has had the most influence on the course’s character and overall design. Ross renovated Columbus Country Club several times between 1915 and 1940. Along with his associates Wendell Miller and Orrin Smith, Ross has seven golf courses in the world’s Top 100 Rankings.

Although the clubhouse suffered extensive fire damage on January 6, 1962, it was completely rebuilt in time for Thanksgiving the following year. Then, in 1964, the Club played host to the PGA Championship, one of golf’s four major tournaments. This event saw a thrilling finish between two of golf’s titans, Arnold Palmer and Jack Nicklaus, along with eventual winner Bobby Nichols. Columbus Country Club also hosted two PGA Tour events. The Columbus Invitational in 1946 and 1947 was won by Byron Nelson and Bobby Locke respectively. Columbus Country Club was the four-time host of the Ohio State Amateur (most recently in 2004), and was also the home course for the 1957 and 1987 Ohio State Mid-Amateur.